The Trump administration is asking the public to submit comments to help inform the U.S.’s position on the potential global reclassification of marijuana. 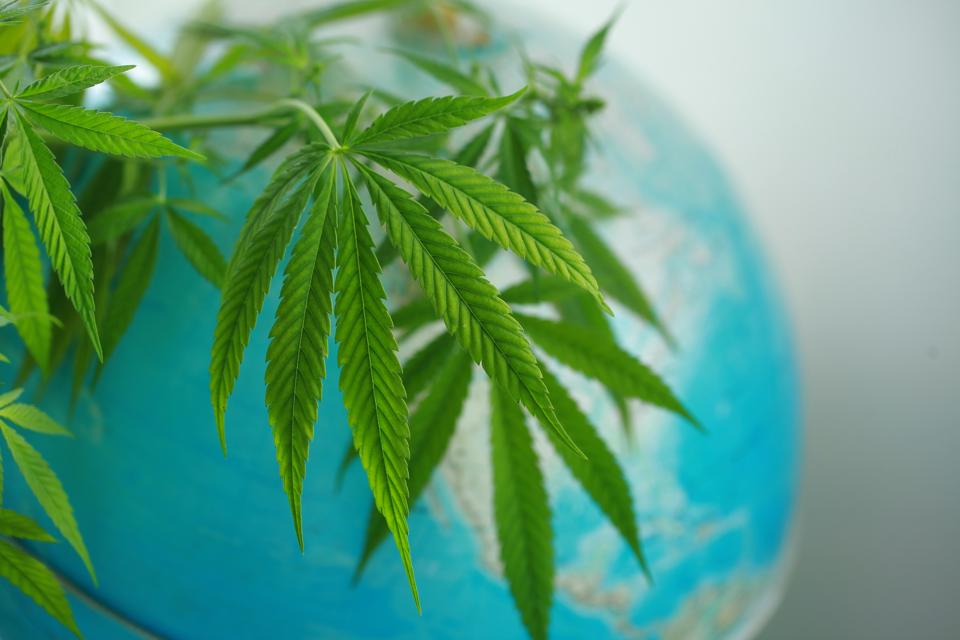 Last month, the World Health Organization (WHO) formally recommended that cannabis and its derivatives be rescheduled under international drug treaties.

Now, the U.S. Food and Drug Administration (FDA) wants “interested persons to submit comments on the notifications from the United Nations concerning these drug substances,” Lowell J. Schiller, FDA’s acting associate commissioner for policy, wrote in a notice published in the Federal Register on Friday.

“The comments received in response to this notice will be considered in preparing the United States’ position on these proposals for a meeting of the United Nations Commission on Narcotic Drugs (CND) in Vienna, Austria,” the filing says.

That means people who submit input could play a role in shaping how the U.S.’s United Nations representative votes when the decision comes up in the key international narcotics body.

The vote could take place as soon as this month.

In long-anticipated recommendations, WHO called last month for whole-plant cannabis, as well as marijuana resin, to be taken out of Schedule IV, the most restrictive category of a 1961 drug treaty. It also called for THC and related compounds to completely removed from a separate 1971 drug treaty and instead put into the 1961 convention.

“The evidence presented to the Committee did not indicate that cannabis plant and cannabis resin were particularly liable to produce ill-effects similar to the effects of the other substances in Schedule IV of the 1961 Single Convention on Narcotic Drugs,” WHO determined. “In addition, preparations of cannabis have shown therapeutic potential for treatment of pain and other medical conditions such as epilepsy and spasticity associated with multiple sclerosis.”

While the scheduling moves would amount to a recognition that global authorities have for decades been wrong about marijuana’s harms and medical potential, the substances would still remain restricted in different categories of the conventions, meaning that nations couldn’t legalize cannabis while still maintaining compliance with international treaties (although the current even more restrictive status quo hasn’t stopped Canada and Uruguay from doing so anyway).

WHO also wants to clarify that cannabidiol (CBD) a non-intoxicating marijuana component increasingly used for medical benefits, does not fall under international restrictions at all.

“Cannabidiol is found in cannabis and cannabis resin but does not have psychoactive properties and has no potential for abuse and no potential to produce dependence,” WHO’s report found. “It does not have significant ill-effects. Cannabidiol has been shown to be effective in the management of certain treatment-resistant, childhood-onset epilepsy disorders.”

Although advocates hoped that the marijuana recommendations would be addressed at this month’s CND event, many expect that the UN commission may not consider them until a subsequent meeting because the body publicly released the cannabis proposals later than initially expected.

“At this time, it is uncertain whether the above notification from WHO of recommendations for proposed scheduling action on cannabis and cannabis related substances will be acted upon by 62nd session of the Commission on Narcotic Drugs (from 14 to 22 March 2019),” the new FDA notice says. “The Bureau of the 62nd Commission is currently considering whether to postpone voting on the cannabis-related recommendations until the reconvened meeting in December, or the 63rd session of the Commission on Narcotic Drugs, March 2020.”

But the U.S. is preparing for a vote within the next few weeks just in case.

Public comments on marijuana’s classification must be received by March 14, though if the UN body ends up delaying its consideration of the WHO recommendations, the Federal Register filing says that “the comment period will be reopened.”

The notice details how public comments will play a role in the process:

“FDA, in cooperation with the National Institute on Drug Abuse, will consider the comments on behalf of [the Department of Health and Human Services] in evaluating the WHO scheduling recommendations,” it says. “Then, under section 201(d)(2)(B) of the [Controlled Substances Act], HHS will recommend to the Secretary of State what position the United States should take when voting on the recommendations for control of substances.”

The new request for comments is at least the third time that the Trump administration has asked the public to weigh in on marijuana’s international scheduling status, but it is the first since WHO formally recommended reclassification.

Source: https://www.forbes.com / By Tom Angell – publishes Marijuana Moment. Follow him on Twitter for breaking news, subscribe to his daily newsletter and support cannabis journalism on Patreon.