Thousands of cannabis licenses are set to expire in California.

Thousands of cannabis licenses are set to expire in California. 'Some of them won’t be able to survive.'

The clock is ticking for thousands of legal cannabis licenses set to expire over the coming months.

More than 10,000 licenses are due to lapse over the next six months, according to a Desert Sun analysis of state licensing data downloaded March 14. The anticipated expirations complicate the efforts of legal cannabis companies to follow the letter of state law, which requires all businesses touching the marijuana plant to have a valid license. Without a license, operators face a choice to either close their doors or slip into the black market.

To transition the industry to a permanent licensing system, state rules prohibit the renewal of the temporary licenses in 2019. But the operators of cannabis companies that have opened for business with temporary licenses worry their current paperwork will expire before state regulators award them annual licenses.

More: California cities opted for legal weed to revitalize business. Will it work for this small, desert town?

Lawmakers have already created one avenue to tide over temporary licensees: A non-renewable provisional license meant to bridge the gap between temporary and annual licenses, which agencies can issue through Jan. 1.

A statement from CDPH said the agency “is working diligently to process license applications before the temporary license expires,” adding that applicants can speed up the review process by responding to questions quickly.

California lawmakers are also contemplating an additional fix, SB-67, which would extend all temporary license expiration dates until the end of 2019 and allow regulators to issue provisional licenses through July 1, 2020. The bill, which has garnered support from cannabis growers and industry groups, was last amended March 4.

Coachella Valley cannabis insiders said they have been keeping in touch with the three state licensing authorities in the hopes of getting annual licenses before their temporary ones run out, but most are hopeful that SB-67 will reform the rules so that companies trying to stay compliant aren’t forced out of the legal business. 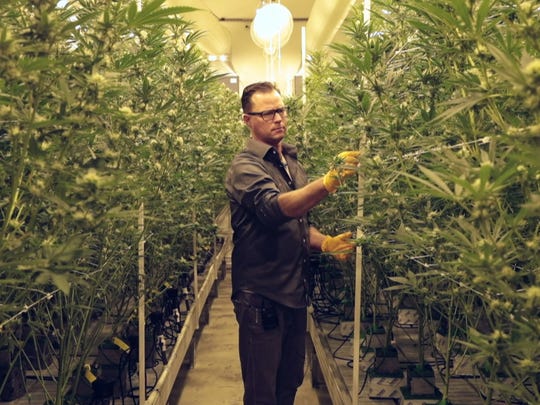 Canndescent, a 200-person company that grows, manufactures and distributes cannabis in Desert Hot Springs, has reassigned an employee from her usual job to have her focus on licensing, said Tom DiGiovanni, the company’s chief financial officer. Canndescent has 13 licenses in California, and it needs to convert all of them to annual licenses, he said, so staying in contact with regulators and sending them additional information as requested is a full-time job.

“Some of them won’t be able to survive. They won’t come back,” DiGiovanni said. “That supports the illegal market, so it doesn’t do anybody good.”

Canndescent has capital reserves to fall back on, but tapping into those funds “would not be ideal by any stretch of the imagination,” DiGiovanni said, because it would divert money away from investing in the company’s growth. Canndescent’s leaders aim to quadruple annual revenue and hit $40 million in 2019, he said. 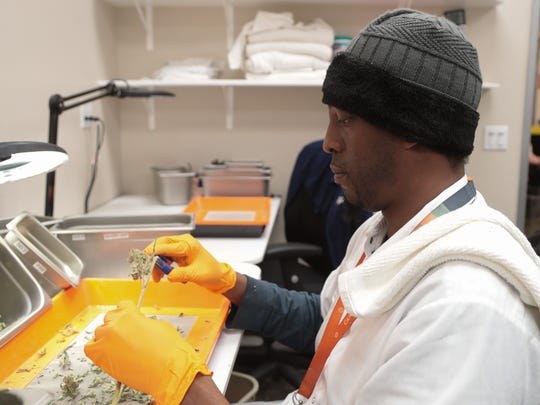 Licensing deadlines are also approaching for another big player, MedMen, which operates in five states. MedMen’s manufacturing license in Desert Hot Springs, for example, will expire on April 8. The expiration date won’t interfere with MedMen operations, since the facility is still under construction, according to Daniel Yi, the company’s senior vice president of corporate communications.

Yi said MedMen employees are in the process of applying for annual licenses. He said he doesn’t foresee that the company’s retail licenses, which won’t expire until July and August, will be interrupted by licensing hiccups either.

“We’re trying to legalize cannabis,” Yi said. “I hope nobody thought it was going to be simple.” 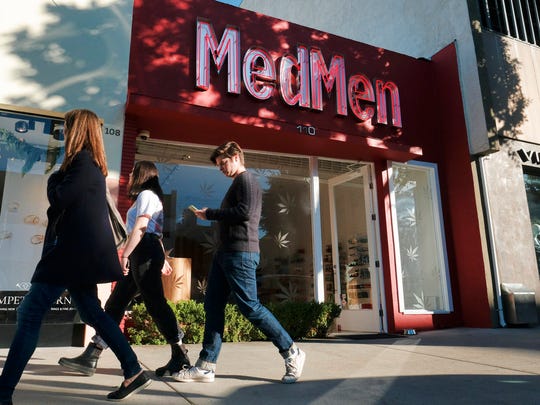 In this Thursday, Dec. 21, 2017, file photo pedestrians walk past one of the MedMen marijuana dispensaries in Los Angeles. (Photo: Richard Vogel, AP file)

But for smaller operations, the uncertainty is hard to stomach. James Montoya, the owner of GGMP Veterans Corporation, a startup in Desert Hot Springs that only has one cultivation license, hasn’t harvested its first crop. The company’s temporary license expires March 27, so Montoya has been calling state regulators regularly to ask if his annual license is ready. He first submitted paperwork for the license in September.

“It’s like you finished high school, you turned everything in, you took your finals, but no one can tell you when you’re going to graduate,” he said. “A half a year later and we’re still in the same place where we began.”

Montoya is worried that if he doesn’t get an annual license before the temporary one lapses, he’ll be forced to lay off his four employees and lose thousands of dollars.

Still, Brent Buhrman, the president of the Coachella Valley Cannabis Alliance Network, a trade group, said the consensus among his organization’s members is decidedly chill.

“Where you would think there’d be a level of concern, it’s more of a wait-and-see attitude,” he said. “I can’t see the state letting this entire thing get this far and then basically implode on itself.”

Buhrman said he and his staff haven’t fielded a phone call from so much as one concerned member.

Laurie Holcomb, the founder of BlackStar Industrial Properties, is developing a 620,000-square-foot campus in Desert Hot Springs for growing, manufacturing and distributing cannabis. So far, BlackStar has tenants in the process of moving into their spaces, but none of the tenants will be open for another 6 to 8 weeks.

Holcomb said she thinks regulators will grant provisional licenses to businesses that have applied for an annual license but haven’t been awarded one yet.

“From our viewpoint, it’s been a fair process,” she said.

But Holcomb sees a bigger issue on the horizon. If the state doesn’t start issuing more annual licenses to cultivators, where will manufacturers and retailers get their weed?

“There’s going to be a supply and demand problem,” she said.

Amy DiPierro covers real estate and business at The Desert Sun in Palm Springs. Reach her at amy.dipierro@desertsun.com or 760-218-2359.