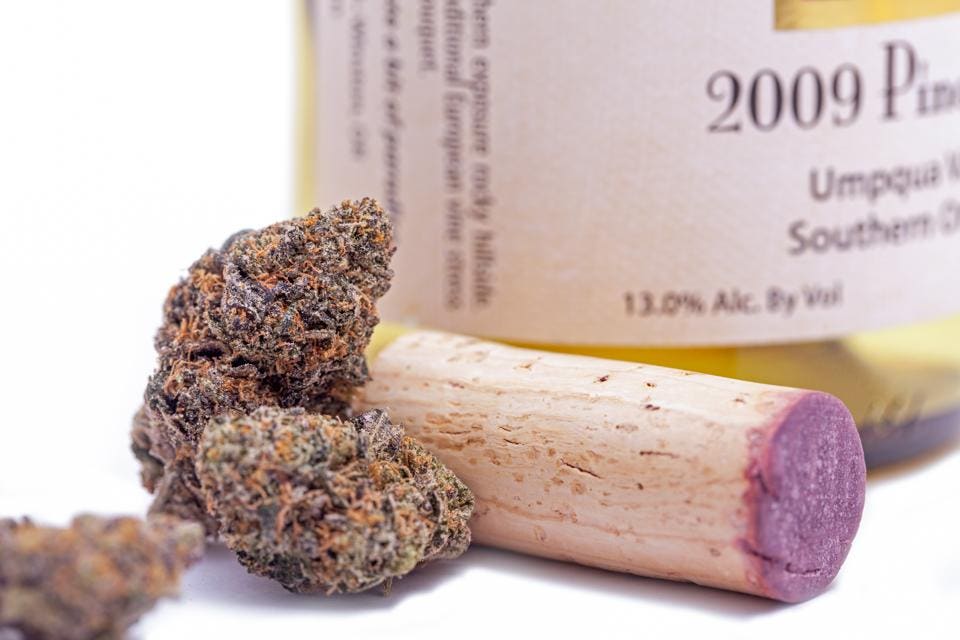 A joint study by researchers at two U.S. universities and one in South America claims a reduction in the U.S.’s overall alcohol consumption appears directly related to the rise of medical marijuana laws recently enacted in a number of states. Presented by Michele Baggio, University of Connecticut, Storrs; Alberto Chong, Georgia State University, Atlanta and Universidad del Pacifico, Lima; and Sungoh Kwon, University of Connecticut, Storrs, the working paper may add to what many believe will prove definitive regarding the relationship between wine and marijuana consumption.

The research for this study made use of available Nielsen Retail Scanner alcohol sales data from 90 alcohol chain stores—grocery, convenience, drug, and mass distribution stores—from 2006-2015. They did it this way because they believed asking consumers does not provide reliable information, as many people simply don’t tell the absolute truth about their alcohol consumption habits.

Using the 90-chain data, the study compared alcohol sales of states that do not have medical marijuana laws and states with medical marijuana laws (before and after the laws were implemented). The researchers also included demographics (age, race) as well as economics (income) for the study because those areas make a measurable impact on alcohol consumption.

The overall conclusion of the study is that marijuana and alcohol are strong substitutes for each other. In other words, they share almost the same audience. If that’s true, then it stands to reason that introducing legal marijuana where alcohol consumption is legal may very well result in a negative effect on alcohol sales.

Medical marijuana is legally sold to a small percentage of overall marijuana users, but this study may be an indicator of what the alcohol industry can expect in states where recreational marijuana laws go into effect that will increase legal access to every adult in the state.

Another aim of the study appears to have been to determine whether legalized marijuana promises to replace alcohol consumption altogether. The jury is still out on that question. But in a recent Webinar concerning the state of the wine industry, host Rob McMillan, Silicon Valley Bank Wine Division president, joined by two wine industry guests stated flatly they see no evidence and do not believe legalized marijuana will be a major substitute for wine consumption. McMillan pointed out that beer is more likely than wine to suffer sales reductions. His reasoning: wine compliments a meal, marijuana doesn’t.

McMillan has a point, but something else needs to be considered: after smoking pot, many people eat–and drink–considerably more. With that in mind, it’s not hard to imagine that instead of decreasing alcohol sales recreational legalization of marijuana across the country might increase the sales.

The wine and marijuana industries are poised to discover. Stay tuned.