As more states legalize marijuana, the concerns about impaired driving — and how to prove it — continue to grow. Now, a California-based company says it might have the answer to identifying drivers impaired by the drug.

The issue has been a public safety roadblock for some officials who fought marijuana legalization in Massachusetts on the premise there was no on-the-spot test to keep marijuana impaired drivers off the roads.

The Oakland company, whose ranks include former Massachusetts senator and representative Warren Tolman, has created a breathalyzer for marijuana impairment, and Hound Labs representatives say it could be ready by the end of the year. 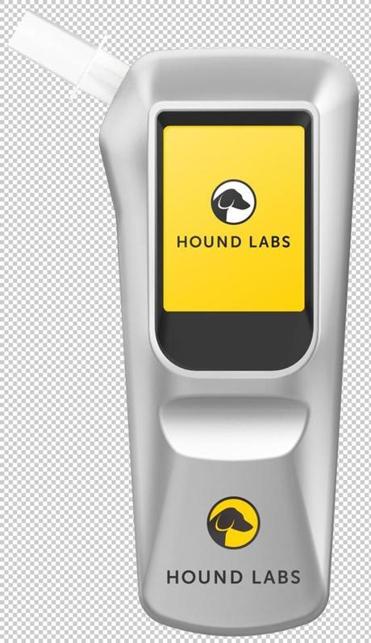 HOUND LABS – A breathalyzer for marijuana impairment that is being developed by Hound Labs, a company based in California.

“What’s clear is police officers, law enforcement, as well as lawyers, are all looking for a tool that balances . . . safety while making sure that we get it right, that we’re not falsely accusing people,” said Tolman, who is the director of business development for the company.

The device works much like a breathalyzer for alcohol, but Hound Labs’ devices are unique in that they determine whether there is THC, marijuana’s main psychoactive compound, in a person’s breath, according to Hound Labs CEO and cofounder Mike Lynn. The devices all include sensors for alcohol impairment, too. Each unit would cost $5,000.

Unlike biological tests that can show cannabis in a person’s blood or urine for several weeks after using a marijuana product, the active THC compound found in a person’s breath only lasts for a few hours, the “peak impairment times,” according to Lynn, who is also an emergency room doctor.

Hound Labs has tested its device in the laboratory, in the field, and in clinical trials through the University of California San Francisco. The paper on the team’s recent clinical trial with the university is under peer review.

“It’s taken us a long period of time to develop the instruments that are sensitive enough to measure THC in breath,” Lynn said. “What we have compared to an alcohol breathalyzer is literally a billion times more sensitive. . . . That’s the issue and that’s why is hasn’t been done before.”

The issue of identifying impaired drivers on the road — and also having proper evidence to prove that a driver is impaired by marijuana — has confounded state leaders and law enforcement officials for years, even in the lead-up to marijuana legalization in Massachusetts.

In the months since recreational marijuana stores began opening in the state, Governor Charlie Baker, who fought the 2016 legalization ballot initiative, has filed legislation to crack down on impaired drivers. The bill includes a number of proposals that originated from the state’s commission on operating under the influence, including an increase in police training for drug impairment and the punishment of suspected impaired drivers who refuse a biological test for marijuana.

Walpole police Chief John Carmichael, who is on the state commission, had expected a proper test for detecting marijuana impairment to be years off but is not particularly surprised that concern over the issue has been “snowballing” and inspiring researchers to find a solution.

“I would assume that that would be a confirmation to validate what the officer observed on the street,” Carmichael said. “This is a follow-up test, a supportive test, that could show that the things that the officer saw are validated by the test result.”

Depending on the needs of a law enforcement agency, Hound Labs’ software can either simply indicate whether THC is present, or measure the amount of THC present in a person’s breath.

That latter measurement could be interesting, but won’t necessarily indicate whether someone is impaired, Carmichael said.

Unlike a blood alcohol concentration, which can give law enforcements officials information about a person’s level of impairment, there isn’t a straightforward way to correlate the amount of marijuana in a person’s system with the level to which they are impaired by the drug.

“We confuse alcohol and drugs and think we’re going to have the silver bullet that takes care of both, and we don’t,” he said. “We don’t have that.”

Tolman agreed with that. He said while it won’t be the only tool officers use, he hopes the ability to test for marijuana on-the-spot will deter drivers from getting behind the wheel while stoned in the first place.

“I would’ve liked for us to have developed products and tools like this before we legalized,” Tolman said.