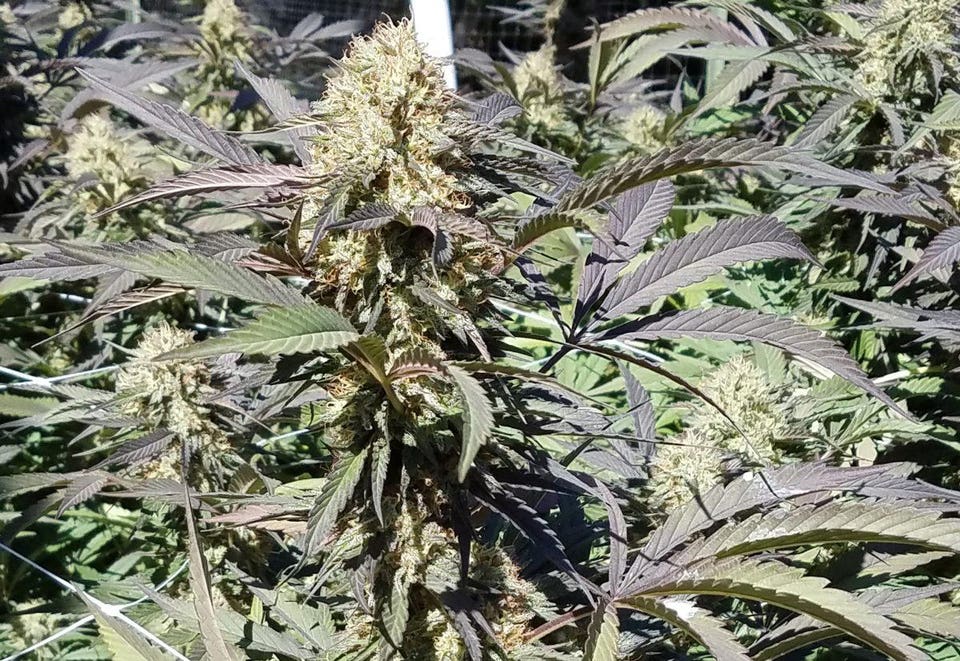 Theories abound on how to make cannabis production more sustainable. Independent farmers believe that the “marijuana Monsantos” that are muscling in are only going to make things perpetually more detrimental for the environment and the instability of the planet in the years to come. The lack of sustainability, vast amounts of water and electricity necessary for cultivation is the elephant in the room of any smoke session.

Mitigating factors as to how to cultivate cannabis most ethically and sustainably are constantly in flux with the advent of new technologies, versus less harmful farming techniques.

There are varying types of cannabis cultivation such as 1) Indoor or hydroponically grown by Dr. Greenthumb in California; 2) Greenhouse potted plants using sun or sun combined with artificial lighting, cultivated by Khiron and Avicanna in Colombia; or 3) Outdoor or sun-grown using just sunshine, rainwater and love, utilized by Sunrise Mountain Farms in Humboldt County, California.

There are also hybrids and combinations of these. These three categories do not include “Frankenweed,” i.e., companies including Hyasynth Bio that grow THC, the main euphoric component of the plant, out of yeast in a laboratory.

Indoor potted cannabis cultivation consumes a massive amount of energy, due to constant artificial daylight cycle and crop irrigation. While some outdoor, potted greenhouse cultivation can be diurnal, it also often utilizes artificial light, and consume enormous amounts of water via sprinkler systems. Sun-grown, as the name suggests, uses less artificial light and therefore takes longer to yield. There is a dichotomy between patient adherents of organic farming principles and industrial agriculture’s shareholder-driven penchant for speeding up productivity, often by whatever nefarious means necessary (such as using cancer-causing glyphosate to kill weeds).

In addition to consuming massive amounts of natural resources, this budding industry, in a rush to be adequately regulated, often creates compliance in a counter-intuitive manner. For example, cultivators have to take their unusable, residual plant material (or trim) waste and mix it with 50 percent non-plant waste such as dirt, soil, leaves and other compost.  “Then it gets put into [probably plastic, non-biodegradable] trash bags, which go into a dumpster, to be compliant,” says Wil Ralston, President of CBD company, SingleSeed.

Naturally, these and other mitigating factors contribute to the debate as to which approach to ganja farming is more sustainable.

Legacy, generational farmers Alex Zorniger’s and his cousin Bob Estes’ great-grandfather Joe “Daddy Burt” Burton was an outdoor hemp farmer in Kentucky, prior to prohibition, back when planting hemp was a legislative requirement for farmers. After prohibition, his farm was forced to shutter. Estes and Zorniger are currently running Daddy Burt Hemp Co., in Jessamine County, KY, in their great-grandfather’s honor. Estes and Zorniger are the CEO and Director or Business development, respectively.

Despite indoor growth originating from the need to be clandestine due to prohibition, with science and technological innovation, Zorniger thinks this method is still the best possible scenario for sustainable farms, both environmentally and economically. He believes indoor cultivators can lessen the need for water and pesticides, which he thinks are two crucial detractors to farming outdoors.

“As long as we put our brains to work at figuring out how to decrease the energy use of the grow houses, with the growth of LED lighting and the use of renewables, I do think it’s possible to get to a much more sustainable place,” he says exclusively via email.

Zorniger thinks that the huge caveat to that approach to sustainable farming is that technology is not quite ready. Currently, indoor farms use substantial amounts of energy because all of the innovation hasn’t been adopted yet across the board.

The Daddy Burt farm is allegedly a carbon sink — a natural or artificial reservoir that stores carbon-containing chemical compounds accumulated over an indefinite period. The process by which carbon sinks remove carbon dioxide from the atmosphere is known as “carbon sequestration.”

“Our hemp plants need carbon to grow and can absorb it from C02 in the air, reducing greenhouse gasses from the atmosphere,” says Bob Estes.

While a carbon sink may be a step in the right direction for reducing C02 emissions, “There’s no way around the fact that cannabis is a thirsty plant,” Estes admits.

With the precipitous boom in growing cannabis in Colorado, Oregon, and Kentucky among other places, the farming process is starting to utilize too much water out of rivers and watershed.

“When you grow indoors, you’re able to control the variables that the plant needs and reduce water usage. In the long run, growing indoor will be the best way to control how much water we’re pulling from the environment, which could become even more critical in the coming decades,” says Zorniger.

“We also control the water we are pouring on to our plants. Perhaps we face more evaporation, but that comes back to the ecosystem; which in our case is extremely biodiverse. So, it has a circular logic. You can have healthy and compliant crops without being outdoor. It all comes down to the test results.”

Both Daddy Burt farmers believe that if economic forces and public policy continue to push indoor grow houses to become less energy intensive, that is the most appropriate scenario from a holistic perspective, considering the impact on the land, water, and reduction of cancer-causing pesticides.

Growing cannabis outdoors on residual pesticide-contaminated soil is a serious problem. As some illicit growers continue to cut corners to compete with legalized farms, they are not testing their product for contaminants. While authorized cannabis companies offer non-competitive prices that are three to four times higher than illicit grows, they justify the inflation citing herb that is “lab tested,” to be free of contaminants including metals and pesticides.

However, whispers abound inside the industry of labs accepting kickbacks to sign off on contaminated flower, and of moldy or contaminated recalled herb being processed into oil and sold to consumers.

Given the rampant corruption in producing cannabis, the safest way to proceed as a consumer seems to be to eschew products from Big Ag, similarly to how farmer’s market produce is seemingly healthier than Big Ag produced crops. If DIY home-grown cannabis is unavailable, “Craft” cannabis is the farm-to-table equivalent to more robust, safer consumption. 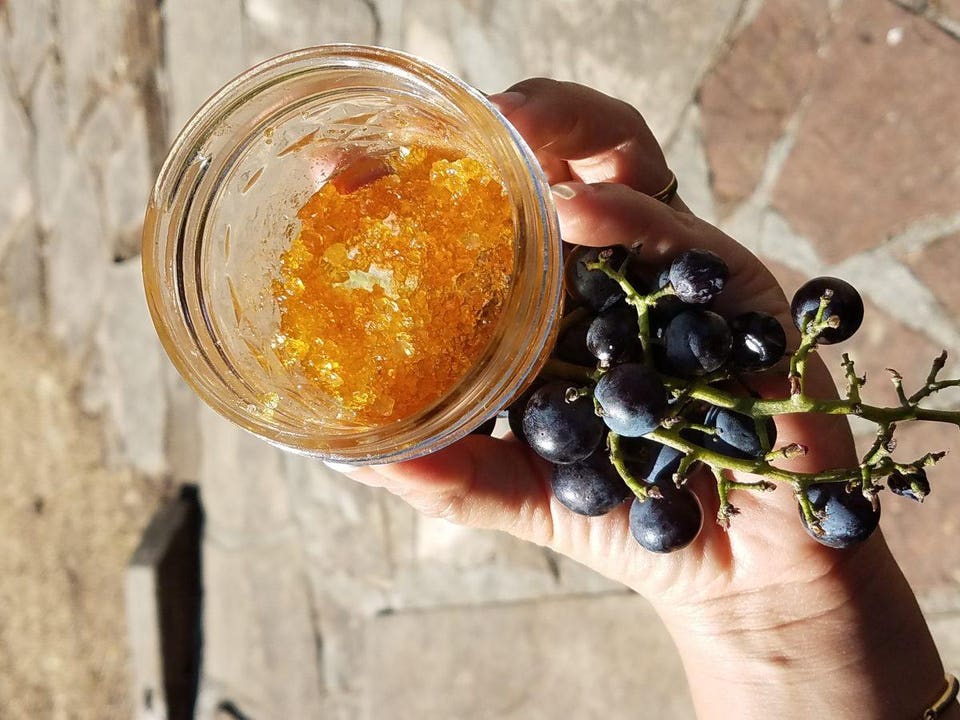 California-based cannabis company Flow Kana’s is self-described as “just one out of many cannabis companies,” who work with a fraction of the region’s 53,000 farmers, who cultivate cannabis in the Emerald Triangle.

Flow Kana claims many of the local farmers’ “livelihoods are presently at stake with the impending takeover of Canadian conglomerates who have their eyes set on the Emerald Triangle. We need policymakers and regulators to support and preserve these farmers’ way of life.”

The community is on heightened alert for an imminent, Cannosaurus Rex corporate takeover and plans to push back to keep their way of life from facing extinction.

“The company’s pre-existing, small-holder agricultural ecosystem (think Dr. Bronner’s) which is 100% free of the harmful pesticides, herbicides and fertilizers necessitated by Big Ag, makes the need for a Big Ag cannabis takeover in California completely obsolete.”

In support of these ideals, a grassroots ad campaign throughout California focuses on how “small farmers can change the world.” The concept is to provoke consumers to think about who grows their cannabis, where it originates from, and its aforementioned impact on the environment.

“Everyone should know who grows their cannabis, including where and how it is grown,” reads the company’s mission statement. “Flow Kana partners with independent multi-generational farmers who cultivate under full sun, sustainably, and in small batches. Using only organic methods, these stewards of the land have spent their lives balancing a unique and harmonious relationship between the farm, the genetics and the terroir.”

Flow Kana claims using “nothing but rainwater and solar power, many farmers practice diversified and regenerative farming techniques, growing cannabis in its rightful place under the sun, alongside a rotation of organic herbs, fruits, and veggies.”

Canndescent’s CFO Tom DiGiovanni claims the company invested a combined $3.75m to retrofit its inimitable 11,000 square foot warehouse for solar and cannabis production. To accelerate the adoption of solar power and “green door” practices within the cannabis industry, Canndescentpromises to release a white paper in the second quarter of 2019, sharing its solar project plans as open-source information. DiGiovanni says Canndescent wants “to help the ‘green’ industry to go greener.”