Patchwork of hemp policies developing, even though it’s accepted under federal and state law. 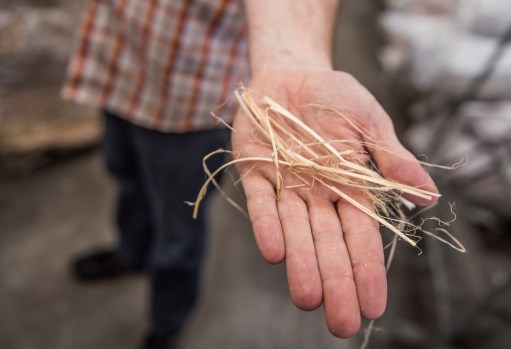 Another battle over local control of cannabis is about to roil California.

Only this time, it’s marijuana’s mellow cousin, hemp, that’s at the heart of disputes that engulf cities, counties and the state — and farmers who hope to grow the potentially lucrative crop.

On April 30, about two and a half years after California voters lifted a decades-long ban on the cultivation of industrial hemp, the California Department of Food and Agriculture abruptly gave the go-ahead for farmers to register with counties for permission to grow hemp strains of cannabis, a plant that has virtually no trace of the compound in marijuana that makes consumers high. Farmers thought they just needed to fill out the state’s one-page registration form, pay a $900 annual fee, and get hemp seeds in the ground before the window closed on this year’s planting season.

But state regulations left it up to agricultural commissioners for California’s 58 counties to process hemp registration. And those commissioners are coming up with their own interpretations of the state law, creating a patchwork of restrictive and often contradictory policies for hemp, not unlike the complex rules that exist for the marijuana industry.

So far, only 22 counties — including Ventura, San Diego and Imperial — are accepting hemp registration forms, the Southern California News Group has learned. Over the past two weeks, California counties have accepted nearly 60 applications from farmers who hope to grow hemp that they can sell to makers of energy-efficient construction materials, durable fabrics, nutritional foods and CBD, a non-psychoactive compound in cannabis that’s triggered a $1 billion (and growing) market for its touted therapeutic benefits.

The other 35 counties say they’re either waiting on more information from the state or have passed moratoriums on hemp farming, moratoriums that in some cases are scheduled to run to 2021. And though hemp farming is legal under both state and federal law, some counties say they might use their police powers and zoning laws to ban hemp cultivation altogether.

“Unfortunately, it feels like the counties and the county agricultural commissioners think they have more authority right now than they really have,” said Patrick Goggin, a San Francisco attorney who’s been advocating for legal hemp for 15 years.

“We could be headed for some serious battles.”

In November 2016, when voters legalized recreational marijuana through Proposition 64, they opted to let cities and counties decide whether marijuana businesses could set up shop within their borders. A database of cannabis policies shows that even now some 80 percent of all California jurisdictions have used that power to ban all marijuana shops, triggering legislationaimed at forcing more cities to open access. Meanwhile, 25 local governments are suing the stateover a rule that permits marijuana deliveries even in communities that have banned the industry.

The hemp industry was supposed to be less complicated — particularly after December, when President Donald Trump signed a Farm Bill that removed hemp from the federal list of controlled substances.

Hemp industries are already booming in places like Colorado, Oregon and Nevada. Within the past few weeks, Georgia, Iowa and Indiana also have taken steps to launch hemp farming.

After lengthy delays, California regulations enacted on April 30 say that if farmers meet all of the criteria, complete applications, and pay their fees, agricultural commissioners “shall” register them to legally grow hemp.

“It’s a right,” Goggin said. “There is no discretion.”

Some counties are operating that way. San Luis Obispo County has received the most hemp farming registrations so far, with 15 applications, which are being processed. San Diego County is a close second at 13.

Other counties are tacking on additional requirements. For example, in addition to state applications Inyo County requires hemp farmers to apply for conditional use permits, which typically cost $1,490.

Hemp isn’t without challenges. Odor from hemp farms can be problematic for nearby neighbors. And, if hemp is grown near recreational marijuana, the pollen from hemp can drift into the cannabis and lower the THC levels of the marijuana plants, making those plants less powerful for recreational use. So Goggin, among others, believes some additional local oversight for hemp farms is appropriate.

But most California counties simply aren’t accepting any applications from people hoping to grow industrial hemp. And some of those counties, advocates say, are refusing to even speak with would-be hemp farmers.

“It’s really frustrating,” said Chris Boucher, who started off with a hemp clothing shop in Costa Mesa in 1990 and is widely viewed as a pioneer of the legal hemp industry.

“We pay their salaries and they’re not following the law,” Boucher said of the regulators. “Their opinions are hurting farmers, and we’re losing millions and millions of dollars.”

At least some of the hangup surrounds the misconception — even among some regulators — that hemp farms can be used as a way to hide recreational marijuana. Most counties with temporary hemp bans say they can’t issue permits until the state works out rules for testing hemp plants to make sure they don’t have too much THC. Until such rules are in place, “it’s really difficult” for a county to know how much it will have to spend to oversee hemp farming, said Andrew Smith, deputy agricultural commissioner in Sonoma County.

Some counties are taking applications for farmers hoping to grow in cities that don’t have bans on hemp farming. Shasta County, for example, has a moratorium on hemp but approved an application for a farmer in the city of Shasta Lake.

Smith said counties have to process applications for farming in cities where hemp is allowed.

But some counties with hemp moratoriums — including Mendocino, Colusa and Yolo — aren’t accepting any applications, even from would-be farmers in local cities that welcome the plant. That could pave the way for lawsuits, Goggin said.

At least one county, Monterey, is lumping hemp farming with marijuana. That means licensing that can cost thousands of dollars, and come with a host of restrictions that, under state law, aren’t supposed to apply to hemp farms. County Agricultural Commissioner Henry Gonzales said after his agency broke the news to applicants, “they haven’t come back.”

Then there are counties that don’t have moratoriums but aren’t yet taking hemp registrations. This list includes Orange, Riverside, San Bernardino and Los Angeles counties, though L.A. County expects to start accepting applications soon.

That might be the most precarious legal position of all, Goggin said. State law has no provision to let counties refuse to accept registrations without a temporary ban in place.

“It feels like there is really just a resistance to adding this program,” Goggin said. “But this is their job, to do the work and help the farmers.”

When asked about whether some of those local policies comply with state law, Jay Van Rein, spokesman for the state agriculture department, said land use questions aren’t under his agency’s jurisdiction or addressed in state hemp regulations.

Goggin is optimistic that some county moratoriums will be lifted once full state regulations are in place. Meanwhile, he said most folks involved recognize the “historic” effort underway to restore an industry that was wiped out decades ago.

“People are potentially looking to other states,” he said. “But they’re also doubling down on their rights to farm hemp here in the Golden State.”