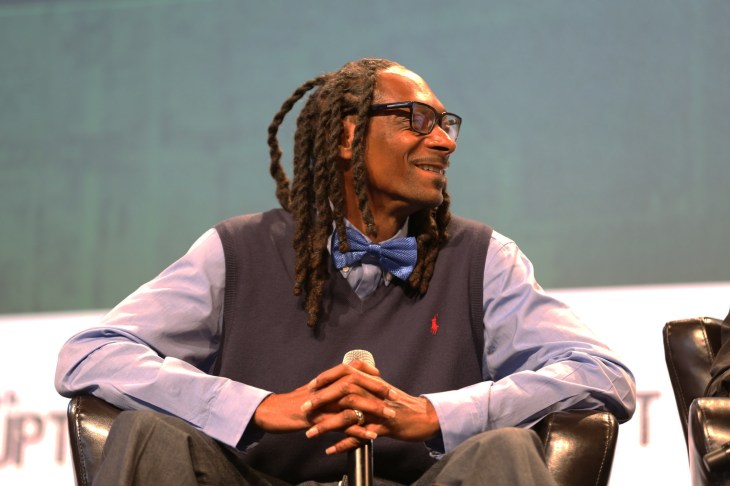 Bespoke Financial wants to provide cannabis businesses with the same kind of financial services that other businesses get, but that dispensaries and growers can’t yet access.

The regulations around cannabis operations are so stringent at the local level — and so nebulous at the federal level — that national banks won’t give businesses in the cannabis industry the same basic services (like short-term loans).

That’s why one former Goldman Sachs  banker has partnered with two entrepreneurs from the traditional agriculture industry to create Bespoke Financial. And it’s why the company has raised $7 million in financing led by Casa Verde Capital — the investment firm launched by legendary cannabis aficionado, Calvin Broadus (AKA Snoop Dogg).

In some ways, George Mancheril is the new face of the cannabis business. The former banker hails from Goldman Sachs and Guggenheim Partners and worked on the desks that dealt with alternative lending.

A transplant to Los Angeles roughly six years ago, Mancheril says he saw the migration of legally sanctioned cannabis begin for recreational use and knew there would be opportunities for new lending businesses.

“Cannabis will become a broad, mature industry just like any other, and if that is going to happen, there needs to be a debt structure that can support that,” Mancheril says.

The biggest impediment to the industry’s growth is the one that Bespoke Financial  wants to tackle first — and that’s access to debt.

To build the company’s first product, Mancheril looked to his co-founder’s Pablo Borquez-Schwarzbeck and Benjamin Dusastre. Borquez-Schwarzbeck and Dusastre previously launched ProducePay, a fintech platform focused on produce farmers that has financed roughly $2 billion in perishable commodities throughout 13 countries. It’s backed by around $200 million in venture capital and debt financing.

What Mancheril and his co-founders have done is take ProducePay’s underwriting model and apply it to the cannabis industry. The financial instrument that they’re starting with is known “in the business” as factoring.

It’s basically advancing money to businesses for a contract that’s signed in exchange for a cut of the money once a company gets paid for the goods or services they’ve rendered.

“While the US legal cannabis market is forecasted to grow over 20% annually, reaching $23B by 2022, the industry’s true growth potential is limited by long cash flow cycles throughout the supply chain and a lack of scalable and efficient capital sources,” says Bespoke Financial co-founder and chief executive, George Mancheril, in a statement. “Our approach will dramatically improve cash flow cycles across the supply chain and provide scalable working capital to fuel our clients’ growth.”

The $7 million infusion from investors, including Casa Verde, Greenhouse Capital Partners and Outbound Ventures, will be used to build out the company’s business and establish its first credit lines with customers. Mancheril says it already has around $3 million worth of loans revolving through its business. Right now, the company is focused on California, but says it could expand to other regions that are embracing legalization.

“In general, in the cannabis industry overall, it’s difficult to access any part of the financial system,” says Karan Wadhera, a managing director at Casa Verde. “Now that we’re moving into a place where equity financing is getting expensive, a company like Bespoke plays an important and valuable role in the ecosystem to help young brands and mature brands get access to working capital when they need it the most.”