Bipartisan legislation introduced in the Senate on Thursday would solve a key issue for the marijuana industry: Its lack of access to financial services. 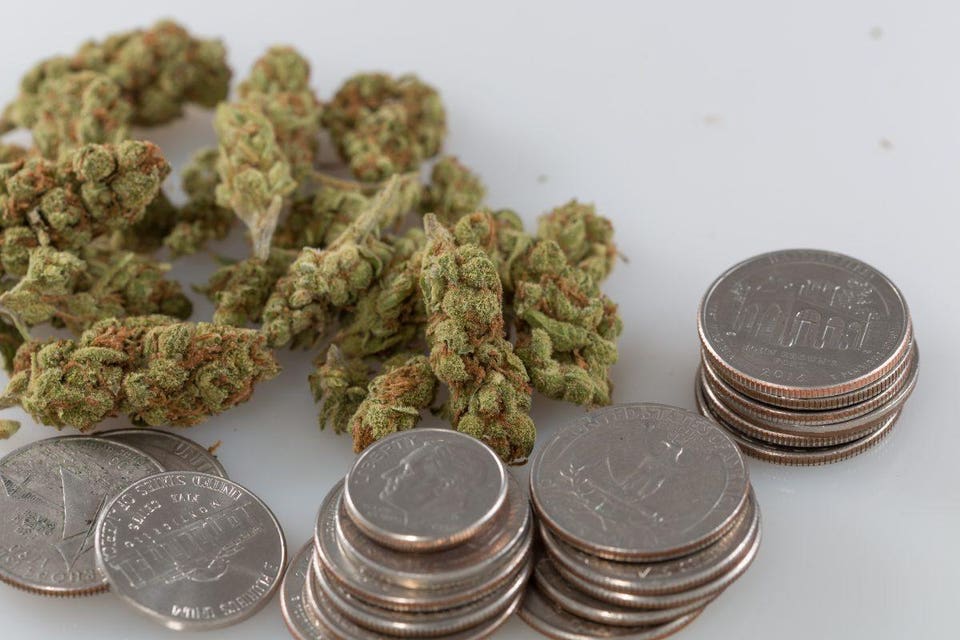 While a growing number of states are moving to legalize cannabis for recreational or medical use, ongoing federal prohibition makes many banks wary of working with state-licensed operators. As a result, marijuana growers, processors and retailers are largely forced to operate on a cash-only basis, which can make them targets for robberies.

But under a new bill filed by Sens. Jeff Merkley (D-OR) and Cory Gardner (R-CO), along with 20 other cosponsors, banks would be shielded from being punished by federal regulators for maintaining accounts for state-approved cannabis businesses.

The introduction of the bill, the Secure And Fair Enforcement (SAFE) Banking Act, comes two weeks after similar legislation cleared the House Financial Services Committee in a bipartisan vote of 45 to 15. That House bill now has 160 cosponsors signed on—more than a third of the entire chamber.

On Tuesday, Treasury Secretary Steven Mnuchin indicated during a Capitol Hill hearing that he supports the move to increase banking access for marijuana businesses.

“If this is something that Congress wants to look at on a bipartisan basis, I’d encourage you to do this,” he said. “This is something where there is a conflict between federal and state law that we and the regulators have no way of dealing with.”

On Wednesday, Attorney General William Barr said that he would prefer the STATES Act’s approach instead of the current situation in which states are legalizing cannabis contrary to federal law.

“The situation that I think is intolerable and which I’m opposed to is the current situation we’re in, and I would prefer one of two approaches rather than where we are,” he said during a Senate hearing. “Personally, I would still favor one uniform federal rule against marijuana but, if there is not sufficient consensus to obtain that, then I think the way to go is to permit a more federal approach so states can make their own decisions within the framework of the federal law and so we’re not just ignoring the enforcement of federal law… I would much rather that approach—the approach taken by the STATES Act—than where we currently are.”

The Senate banking bill would block federal agencies from being able to “prohibit, penalize, or otherwise discourage a depository institution from providing financial services to a cannabis-related legitimate business or service provider or to a State, political subdivision of a State, or Indian Tribe that exercises jurisdiction over cannabis-related legitimate businesses.”

“Forcing legal businesses to operate in all-cash is dangerous for our communities,” Merkley said in a press release. “It’s absurd that cannabis business owners in Oregon have to shuttle around gym bags full of cash to take care of their taxes or pay their employees. Operating in cash is an invitation to robbery, money laundering, and organized crime. This is a public safety issue, and I hope that this will be the Congress when we build a bipartisan consensus to put this common-sense fix into law.”

“Conflicting federal and state marijuana laws make it difficult for legitimate businesses to use the basic financial services they need access to and this bipartisan legislation gives them that access they need,” Gardner added. “We must also take into account the risk to public safety as these businesses are being forced to carry around bags of money to pay for their employees and rent. Legal businesses should not be treated like this, and I’m glad that Republicans and Democrats are working together to address this issue.”

A previous version of the bill had garnered 20 cosponsors by the end of the 115th Congress.

The new Senate bill incorporates revisions made during the House markup of that chamber’s version last month, including amendments clarifying that its protections cover insurance companies as well as banks, and requiring the federal government to study diversity and inclusion in the cannabis industry.

Legalization advocates are urging Congress to pass the legislation soon.

“The problems caused by lack of access to financial services are a serious issue for the cannabis industry and any entity that interacts with it, and these problems will only continue to grow as more states regulate cannabis,” Morgan Fox, media relations director for the National Cannabis Industry Association, said. “Every day that Congress waits to pass this legislation prolongs unnecessary risks for everyone involved.”

“One of the biggest barriers to building a broad cannabis marketplace is the banking issue,” said Justin Strekal, political director for NORML. “No small business can operate safely or transparently without access to basic banking services, which means that the richest investors are able to dominate under the existing tension. This bill would be good for new entrepreneurs and the equity experiments now underway from Massachusetts to California, and ultimately good for consumers.”

The full House is expected to move its version of the marijuana banking bill to the floor in the coming weeks. The new Senate bill has not yet been scheduled for a committee hearing.