No, that wasn’t a mirage you saw Saturday near Interstate 10 in Desert Hot Springs — it was a pop-up music festival put on by Tyson Ranch, a cannabis business endeavor from boxing legend Mike Tyson.

Held on the future site of Tyson Ranch Resort, a 412-acre resort and cannabis research facility, the Kind Music Festival brought thousands to a small, football field-sized patch of desert.

The festival, which featured throbbing beats, inflatable sofas and cannabis use, included a lineup of Miguel, Ferg and Starcrawler, among others. 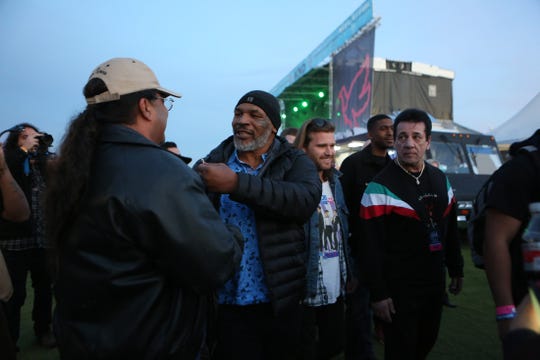 Mike Tyson plans to build the 412-acre Tyson Ranch Resort in Desert Hot Springs. The Kind Music Festival on Saturday was held on a small portion of the site. (Photo11: Taya Gray, Special to The Desert Sun)

Tyson, who smoked and walked the festival grounds Saturday afternoon, said he wanted to bring the festival back in October.

“We’ve been discussing maybe Migos, Drake, Cardi B,” he said.

Over the summer, Tyson said, he attended Drake and Migos shows and got to know them better.

“I think that’d be awesome,” he said. “Nothing would be better than having them for a lit show.”

With a joint in his hand, Tyson said some of the artists he likes listening to while smoking included Lil Wayne, Jay-Z, Nas and Tupac.

Billed as a festival that embraced cannabis, the event attracted thousands, some of whom took turns toking while visiting the Tyson Ranch and other cannabis-branded booths. It also contained the same elements at most festivals, including a large center stage, food trucks and police officers.

In between sets, a map of the Tyson Ranch Resort was shown on the main stage. The graphic showed an indoor water resort, sports arena, recreational golf complex and world’s largest lazy river on both sides of I-10 west of Gene Autry Trail.

Tracyi Brooks flew in from St Louis, Missouri, to attend the festival after seeing it come across her social media feed. 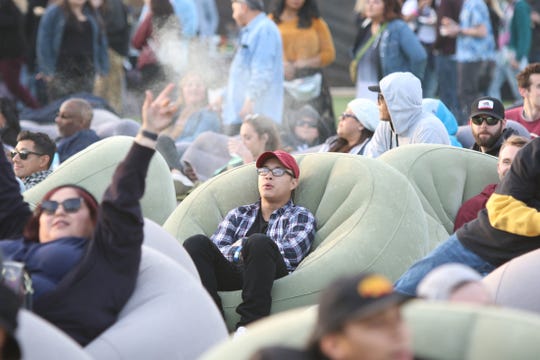 “My dream is to take a selfie with Mike,” she said.

“I love it here,” she added. “I could not believe that there was mountains and palm trees.”

In order to get to the festival, many parked at a dirt lot on Indian Canyon Drive and took a shuttle to Varner Road. The shuttles also returned people to their cars throughout the event.

Indio resident Jaime Garcia said he was excited to see Ferg, but hoped the parking situation would improve at future festivals. 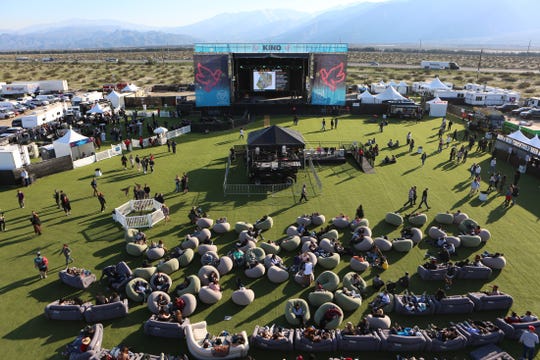 “Going over on a bus is not unprofessional,” he said, “but it’s kinda sketchy.”

Nevertheless, Garcia said he thought the festival had potential.

He was there with Sensi Magazine, which is planning to expand some of its cannabis-themed content to the Coachella Valley in April.

Dusastre, an associate publisher of the Coachella Valley edition, said he was impressed with the festival and Tyson’s plans for a resort.

While some took the opportunity to smoke, many in attendance hung out with their friends and families.

Russell Betts, a Desert Hot Springs councilman, was among the early entrants and said he was happy to see a music festival in his city. 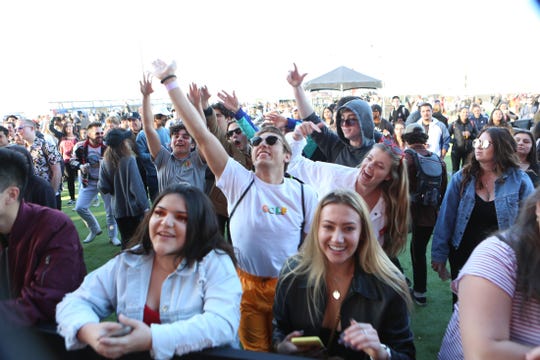 Source: https://www.desertsun.com / Shane Newell covers breaking news and the western Coachella Valley cities of Palm Springs, Cathedral City and Desert Hot Springs. He can be reached at Shane.Newell@DesertSun.com, (760) 778-4649 or on Twitter at @journoshane.